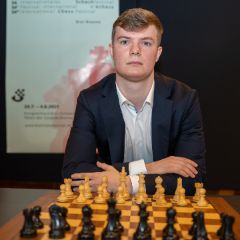 Kirill Alekseenko was U14 World Champion (2011) and U18 runner-up (2015), as well as European Champion U10 (2007) and U16 (2013), became grandmaster 2015 and has won the Chigorin Memorial three times (2015, 2016, 2017). His third place on the Isle of Man in 2019 behind Wang Hao and Caruana – among others a win against Karjakin and three consecutive draws against Carlsen, So and Anand – did presumably encourage the organizers of the last Candidates Tournament in Yekaterinburg to grant him the wild card. Alekseenko finished at the seventh place and gained a lot of experience, which makes the man with the best Elo rating of all the participants in the Triathlon the favorite in the tournament. 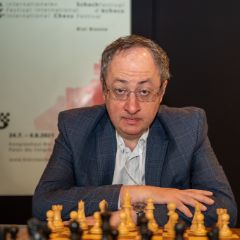 After twelve years of absence, the unlucky finalist of the 2012 World Championship against Viswanathan Anand returns to Biel! The 2009 World Cup winner won in his first appearance in 1993 the Interzonal, which was held in the watchmaking city that year. In 2005, he also won the GMT. A certain Magnus Carlsen, 14 years young and invited to Biel for the first time, took the opportunity to get real live lessons from the champion! Will it be the same story this year for Praggnanandhaa and Vincent Keymer, who have already benefited from Boris Gelfand's advices in the Julius Baer Challenge!? Either way, their face-to-face confrontations in an official top tournament will have a very special touch! 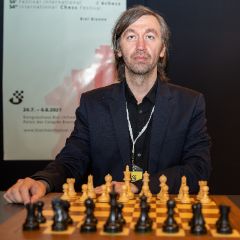 Five times US Champion (in 1991, 2010, 2011, 2013 and 2014), Gata Kamsky was among the best in the world at a very young age. He took off during his first visit to Biel in 1993, on the occasion of the Interzonal. He tied for second place and qualified for the next stages of the 1996 World Championship, where only Anatoly Karpov managed to curb his ambitions in the final. Then the American of Tatar origin played almost no official matches for ten years. Shortly after his return, he won the 2007 World Cup, and since then, he stays continuously among the world's top 100 players, giving up nothing in the face of an ever-increasing number of young players seeking glory, as evidenced by his second-place finish at the MTO two years ago. 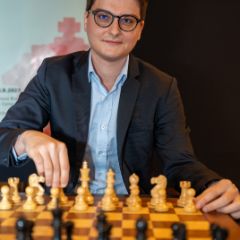 The French n°4 obtained the IM title in 2011, and the GM title in 2013. Previously, he became French Champion U14 in 2008 and in 2009 World Champion U16 in Kemer. In 2019, he finished second in the tie-breaker of the Reykjavik Open with 7 points out of 9. Maxime Lagarde won the French Champion title in Chartres in 2019 by beating Laurent Fressinet in the tie-breaker of blitz games. A few months earlier, he had already become French Rapid champion. So Maxime Lagarde seems to be well equipped to tackle all sections of the Triathlon! 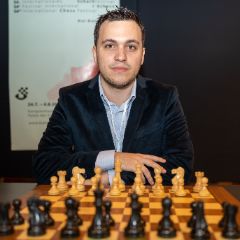 The Argentina number one has successively won national championships in the U10, U12, U14, U18 and U20 categories. In 2008, he won the Pan American Championship in the U10 category. In 2014, he was crowned U16 World Champion. In 2016, he became the youngest player ever to represent Argentina in the Chess Olympics, going undefeated in the 7 games he played. Among his most notable victories are the one against Veselin Topalov in rapid in 2015, a victory against Zoltan Almasi in the Isle of Man in 2017 and most recently another victory in rapid against Alireza Firouzja in the FTX Crypto Cup in 2021, where Magnus Carlsen himself, aware of his talent, granted him a wildcard.

U10 world champion in 2014 and U12 silver medalist in 2015, the current U18 world number three is the fourth youngest player to have reached the 2600 Elo mark. He comes to us straight from Sochi, where he was defeated in the third round of the World Cup by the experienced Andreikin, finalist of the 2013 edition. Just before this competition, the Indian prodigy has won the Silver Lake tournament in Serbia with 8 points out of 9, and then the Belgrade Masters with 7½ out of 9. Nihal Sarin seems to be perfectly honed for the Triathlon, as his results in online rapid tournaments is also showing. On the subject of blitz, we could hear Magnus Carlsen saying that he is one of the best blitz players of today! 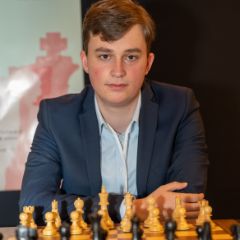 In September 2015 the Schach Magazin provided a headline story about the then 10 years old Vincent Keymer and named him the greatest German talent since Emanuel Lasker! In the following year Gary Kasparov estimated without hesitation his capabilities to be extraordinary! Peter Leko became in November 2017 his mentor. In April 2018 the youngster, only number 99 in the start list of the top category A, won in front of 49 GMs the Grenke Chess Open due to his last round success against Richard Rapport and by scoring 8 out of 9! Brilliant 4th in the final ranking of the last edition of the Triathlon, and even 2nd in the Chess 960, the young German could do even better this year! 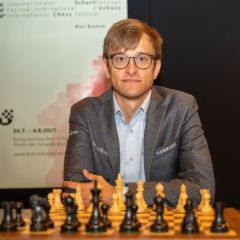 In 2016, when he was still a junior, Noël Studer won the Swiss championship (ex æquo with Sebastian Bogner). He repeated this performance in 2019, this time winning as the sole leader with one point ahead of his runner-up Nico Georgiadis. As youngest Swiss player ever, he received the title of grandmaster in April 2017. This year, he will again have his work cut out for him in his second consecutive Triathlon. Let's bet that his thereby acquired experience will help him create a surprise, especially since the local hero has decided to forgo the Swiss individual championship, which ends a week before the Festival, in order to better focus on the Grand Master Tournament!