Radoslaw Wojtaszek could have made a big step towards winning the tournament with a victory today. But in the match between the two nominated top players of the tournament, Pentala Harikrishna ensured with his win with the black pieces that the competition remaines exciting with two rounds to go. In a game that had been balanced for a long time, Harikrishna used the advantage of an additional pawn in a final bishop vs. knight match. With four points won today Harikrishna moves up to second place in the ranking, only three points behind Wojtaszek. 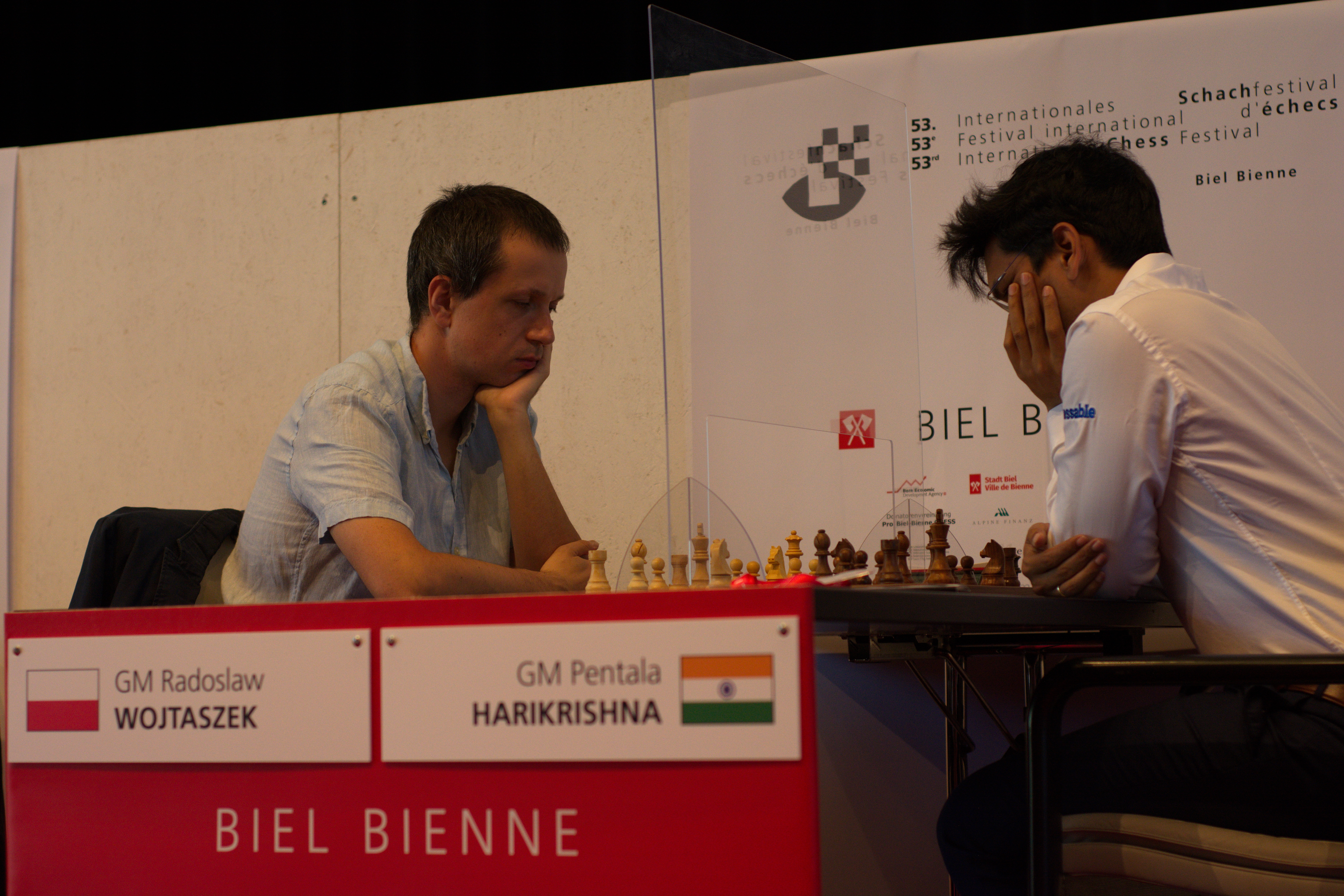 Mickey Adams remains in third place despite his defeat today against David Antón Guijarro. After a slow start to the tournament, the Spaniard has found his way into the competition and showed a convincing victory today.

Keymer wins the duel of the youngest

After his defeat by Harikrishna and the mediocre Blitz tournament, Vincent Keymer has found his way back on track: In the duel of the two youngest players of the tournament against Noël Studer he got the upper hand. Although the Swiss local hero managed to fight his way back into the game after losing a tower, the German, who played with White, was able to use his advantage to win.

However, Romain Édouard, who stands last in the current ranking, could not benefit from Studer's defeat. He only achieved a draw against Arkadij Naiditisch, which must have annoyed him, as he had overlooked a possible chance of victory in the final phase of the game.

The open amateur tournament is also slowly entering its decisive phase. The first chasers of favourite and leader GM Christian Bauer (Elo 2623) have hindered each other today: GM Bilel Bellahcene and IM Frank Buchenau, as well as FM Bruno Kamber and IM Gerlef Meins drew against each other. Only the young Frenchman Phileas Mathieu, born in 2005, stays close on Christian Bauer's heels with 6 points thanks to his win with Black against IM Daniel Contin. Leader Bauer won today against IM Adrian Gschnitzer and is now on 6½ points.

The games of the grand master tournament can be followed online on the festival's homepage, accompanied by the comments of Australian grandmaster Ian Rogers: https://www.bielchessfestival.ch/LIVE.html

A trio may still win the Biel International Chess Festival