After his mixed performance in the blitz games, Gata Kamsky, the current leader of the Biel tournament, got back on track. After a very unconventionally played opening by Alan Pichot, Kamsky, playing with black, managed to gain advantages and then score the win.

Thanks to this victory, Kamsky was able to extend his lead in the standings to four points. For his pursuers stumbled: Kirill Alekseenko never quite managed to gain an advantage against Noël Studer despite the first move advantage. The Russian was certainly looking for victory in the endgame with queen and knight, but Studer didn't let himself be caught and forced a draw. 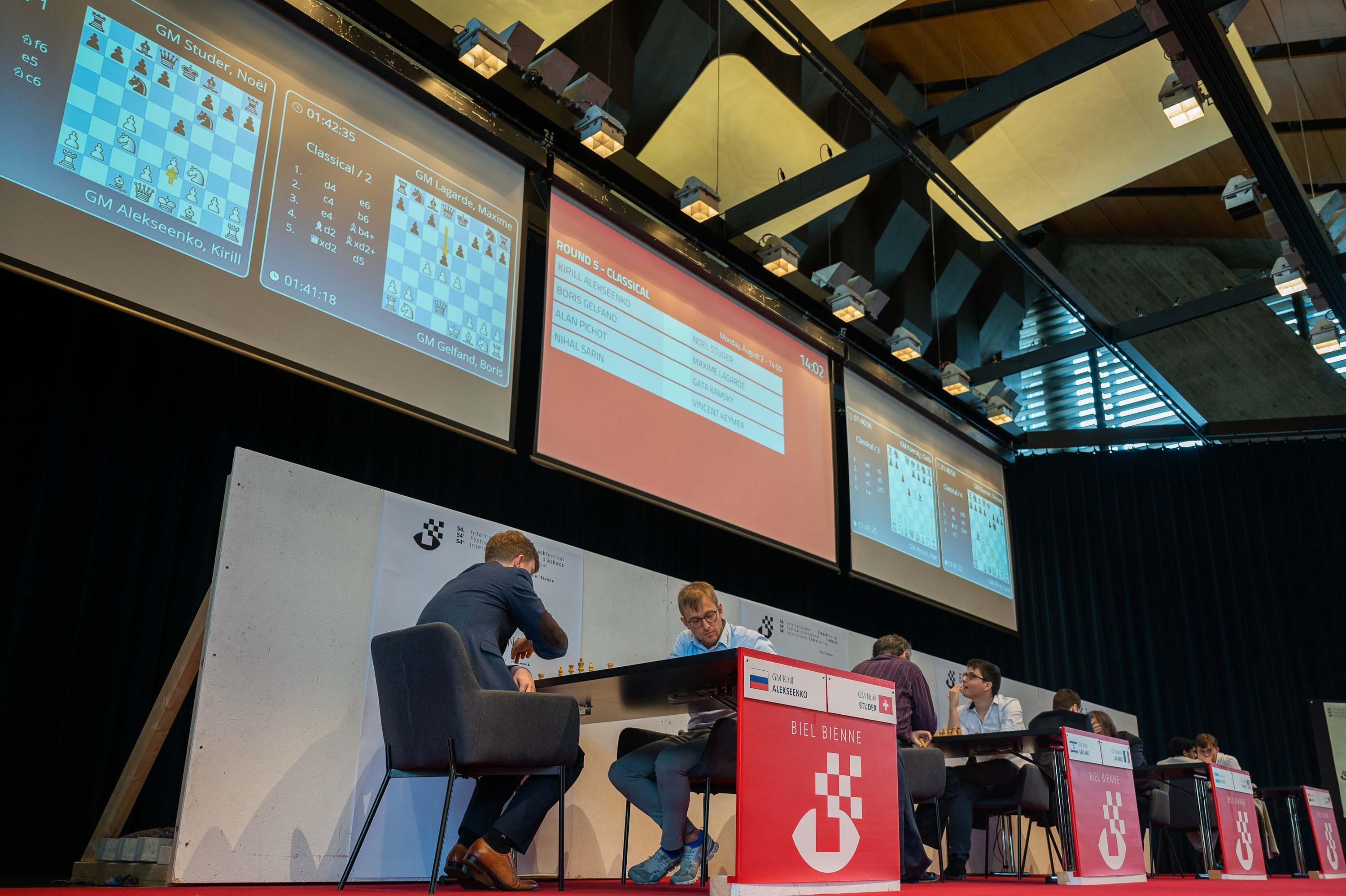 The other runner-up, Nihal Sarin (17), also drew with Vincent Keymer (16) in today's duel between the two young stars of the tournament. The two, who seem to get on well off the chessboard too, also had fun on the board: three times they practised repeated moves, but only on the third time did they agree on the draw. 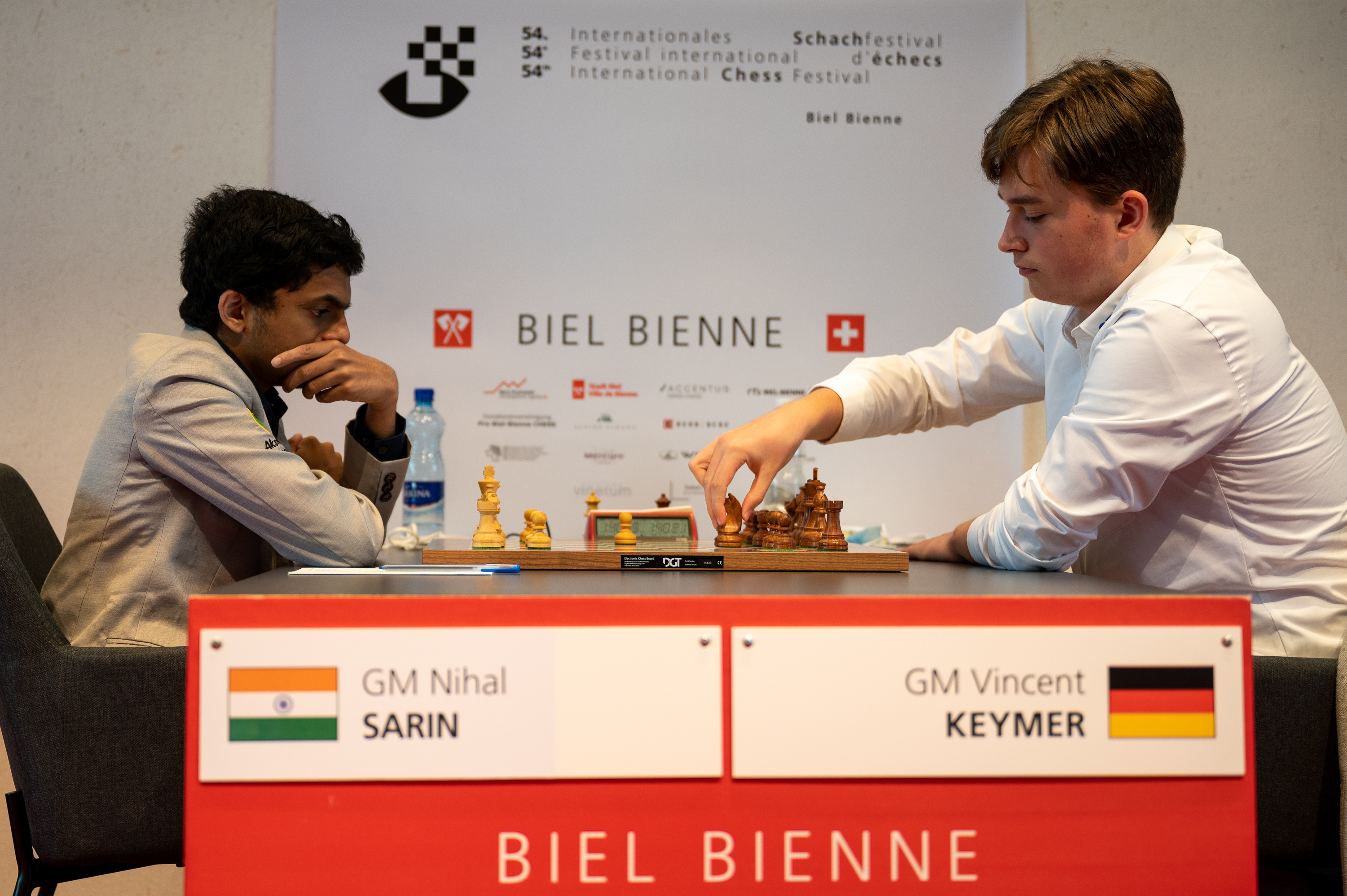 Boris Gelfand took a step forward in the overall ranking today with his victory over Maxime Lagarde. Nevertheless, the 1993 and 2005 Biel winner is only in intermediate 5th place. As the player with the second-best Elo rating in the tournament, his expectations should be higher.

Tomorrow, the possibly decisive game between Kamsky and Nihal is on the agenda: despite the disadvantage of the black pieces the Indian will have to play to win in order to still have a chance of winning the tournament. Alekseenko will meet the other vice World Champion and World Cup Winner, Gelfand, with white.

MTO: Karthikeyan and Eljanov remain in the lead

The two leaders of the Master Tournament MTO drew today. Since their immediate pursuers also failed to win, Karthikeyan Murali and Pavel Eljanov remain in first and second place with 6 and 5½ points respectively. They are followed by a total of eight players with 5 points, who can at least theoretically still play for the tournament win. Tomorrow Kathikeyan will play Banusz from Hungary with white and Eljanov has to stand his ground with black against Chigaev from Russia. The best Swiss in the tournament is Fabian Bänziger, who now has thanks to his win of today 4 points after seven rounds.

In the Amateur Tournament Grégoire Tissier and Wissam Pheng took the lead with 6½ points each. Both won their top games today - each playing with black!