In 1993, Gata Kamsky reached third place at the Interzone Tournament in Biel as a 19-year-old. Thanks to this he qualified for the Candidates Tournament 1994/95, which he won and he was thus allowed to compete against Anatoly Karpov for the World Championship title in 1996. Although he lost this series, the tournament in Biel was the beginning of his runner-up title. Now, 28 years later, Kamsky has come full circle by winning the Biel Chess Festival 2021! 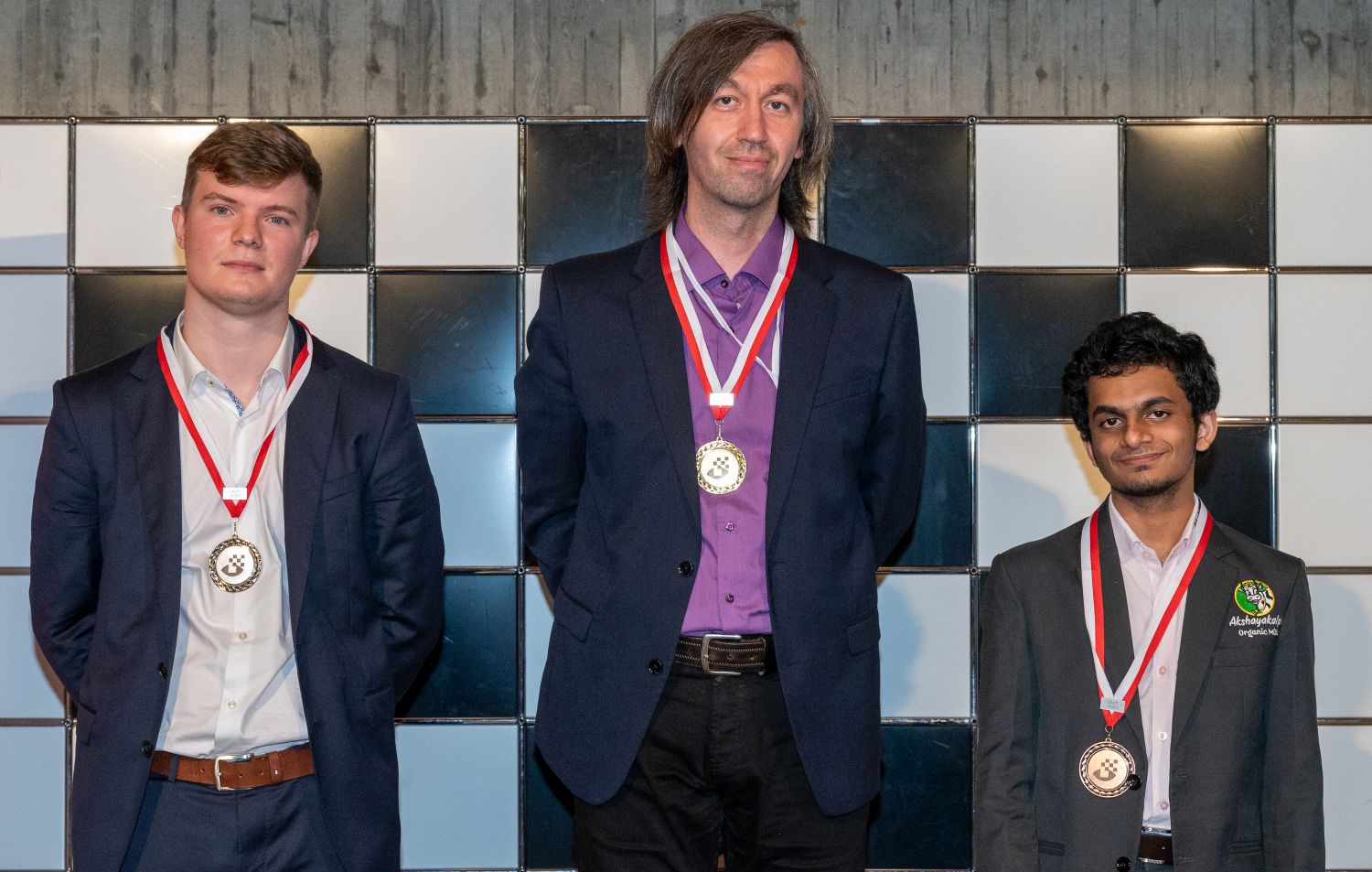 Second place goes to Kirill Alekseenko, who had to settle for a draw against Alan Pichot today and thus could no longer threaten Kamsky. The Russian had to earn his second place hard: No other player spent more time at the board and played more moves in the classical games of the Grandmaster Triathlon. Alekseenko needed a total of 37 hours and 27 minutes for the seven games!

Nihal Sarin finished the tournament in third place. The young Indian star, who replaced his compatriot Praggnanandhaa who was still playing at the World Cup in Sotchi, showed excellent games in blitz and rapid chess. In the classical games, after a defeat in the first round, he drew all the following games, which ultimately earned him the third place.

Thanks to today's win over Pavel Eljanov, Salem Saleh was able to overtake Karthikeyan Murali, who had been leading for four rounds, to secure victory in the 2021 Master Tournament MTO. The Emirati, who was seeded number 1, thus finally lived up to his role as favourite. He is followed by Karthikeyan Murali, who started the tournament as number 12, and the Hungarian Tamás Bánusz on the other places of the podium. As the best Swiss, Fabian Bänziger finished the tournament in 38th place. 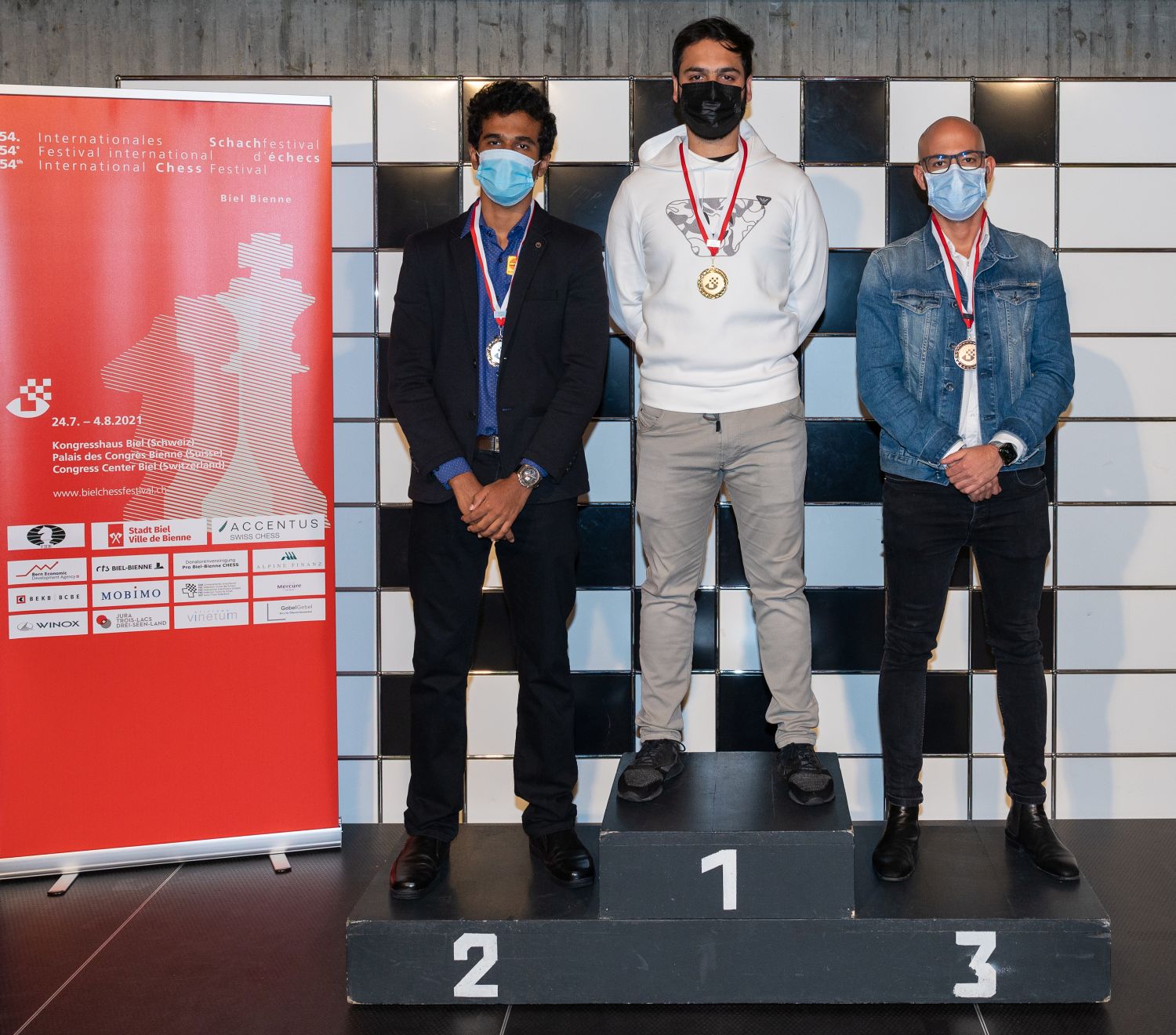 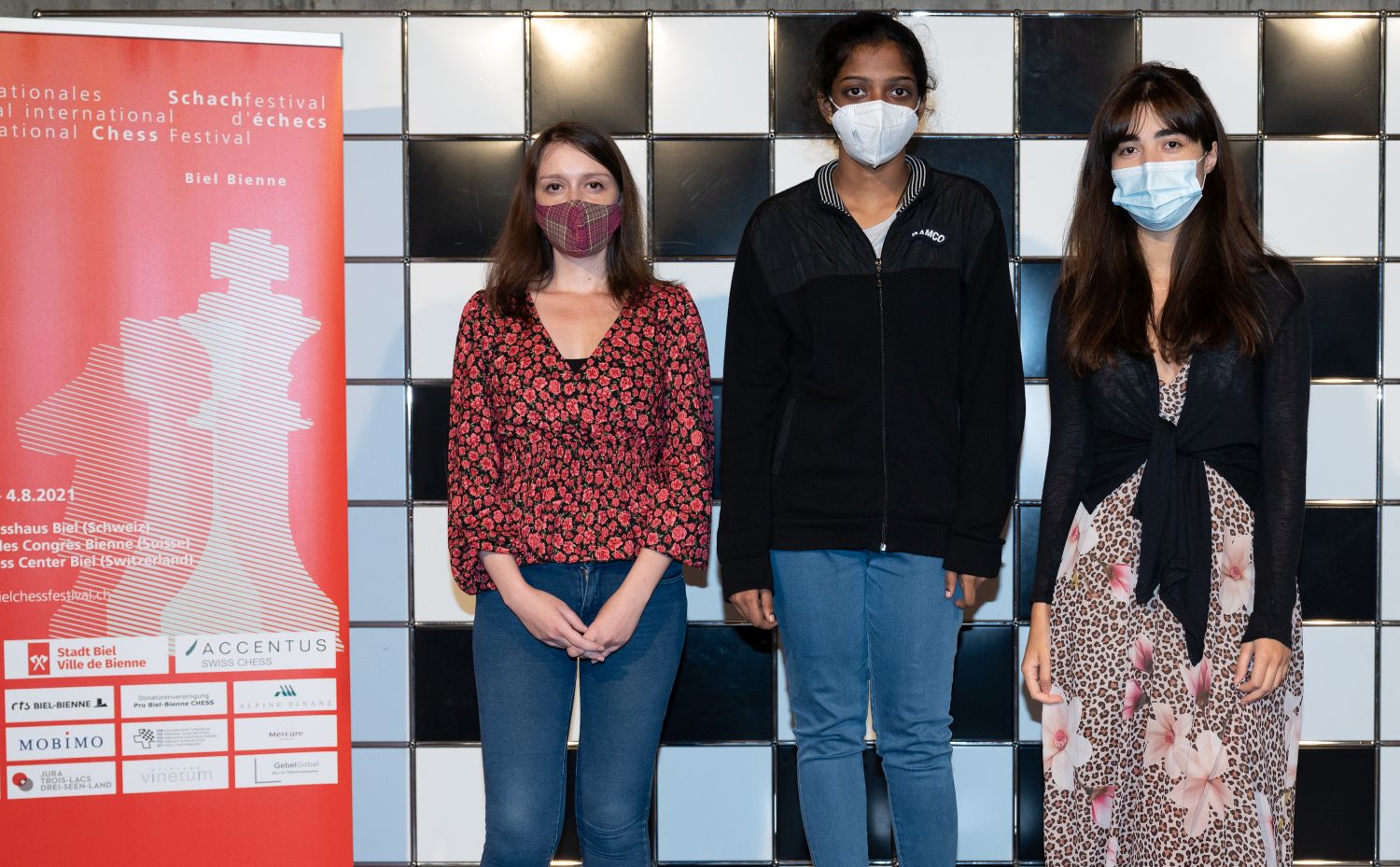 India's Vaishali proved to be the best player among the ten women participating in the MTO - thanks to this success in Biel, she has now reached the standard for the title of International Master (IM)! However, the field of participants proved to be extremely balanced: six other women players also achieved 4.5 points in the overall ranking, with the two Serbians Jovana Eric and Tijana Blagojević coming second and third. Obviously, the prize money for the best female players, which thanks to the support of FIDE was significantly increased, provided additional motivation! 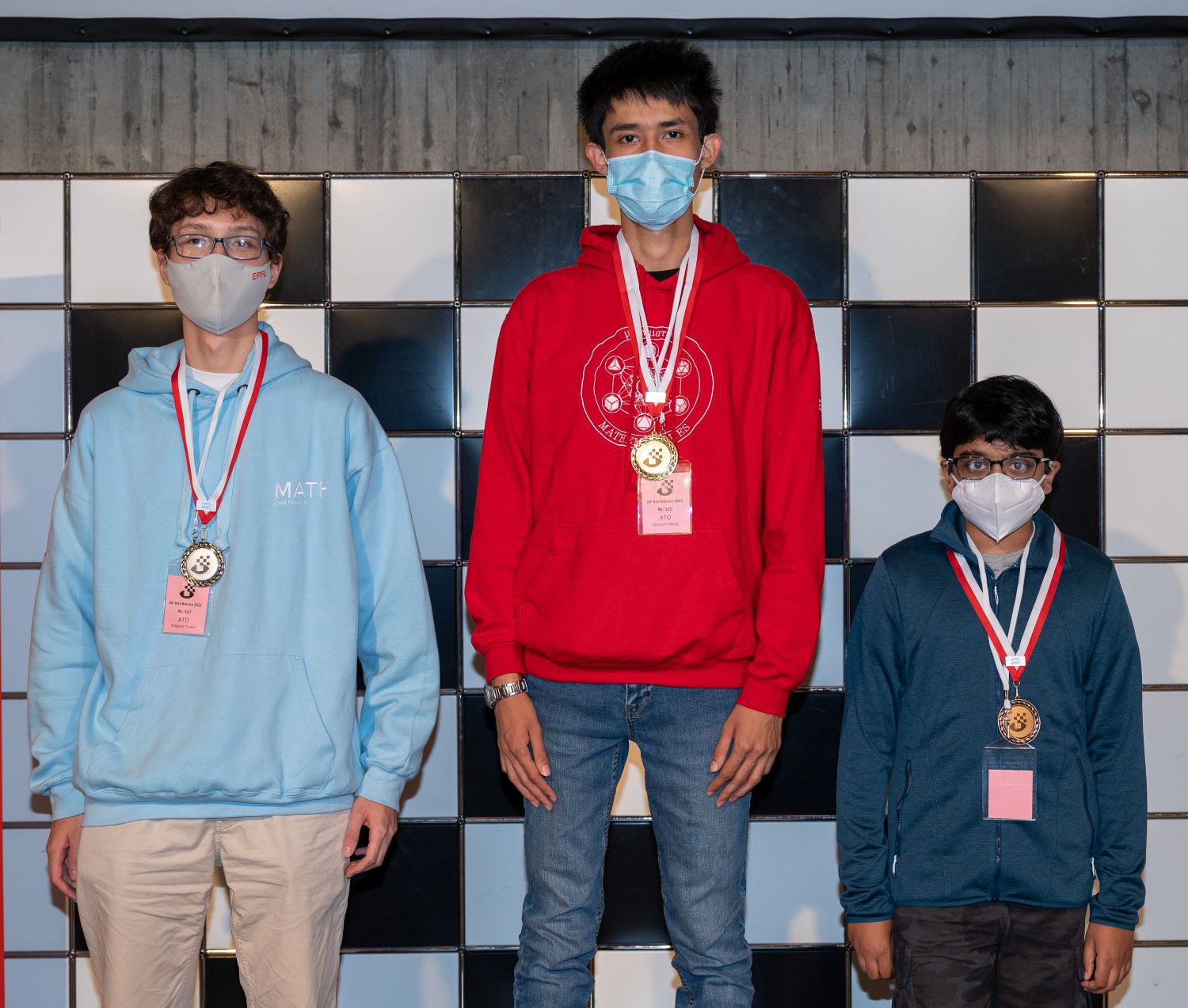 The first places in the Amateur Tournament ATO were occupied by young players this year: The two students of the EPF Lausanne Wissam Pheng and Grégoire Tissier took first and second place, third was the only 11-year-old (!) Neeraj Harish from the USA.