At the opening ceremony, Peter Bohnenblust, President of the Organising Committee, emphasised the pride of the organisers in hosting the Biel International Chess Festival for the 54th time in uninterrupted succession. He thanked the supporters and partners for their valuable commitment. The new Central President of the Swiss Chess Federation, André Vögtlin, also welcomed those present and emphasised the importance of the Biel tournament for chess in Switzerland.

Unlike last year, a simultaneous tournament was held again this year as part of the opening ceremony. The Indian grandmaster Karthikeyan Murali (Elo 2606), who stays in Biel for the fifth time and will take part in the MTO master tournament from Monday, faced 18 chess enthusiasts at the same time in the foyer of the BEKB on Zentralplatz. Among them was Central President Vögtlin and the former president of the Swiss Federal Supreme Court Ulrich Meyer. In the end, they all stood no chance, and after exactly 90 minutes, Murali defeated the last challenger.

The eight grandmasters participating in the Grandmaster Tournament started the Biel Festival today with the ACCENTUS Chess960 competition. This does not count in the actual ranking of the Grandmaster Tournament, which starts tomorrow. In the event of a tie at the end of the tournament, however, today's ranking will serve as the deciding factor. In a balanced tournament, Russian GM Kirill Alekseenko prevailed in the end with 4.5 points from the seven games. He was closely followed by Maxime Lagarde (FRA), Boris Gelfand (ISR) and Gata Kamsky (USA). The Swiss Noël Studer started with some difficulties - after five defeats in a row he ended the day with two wins. 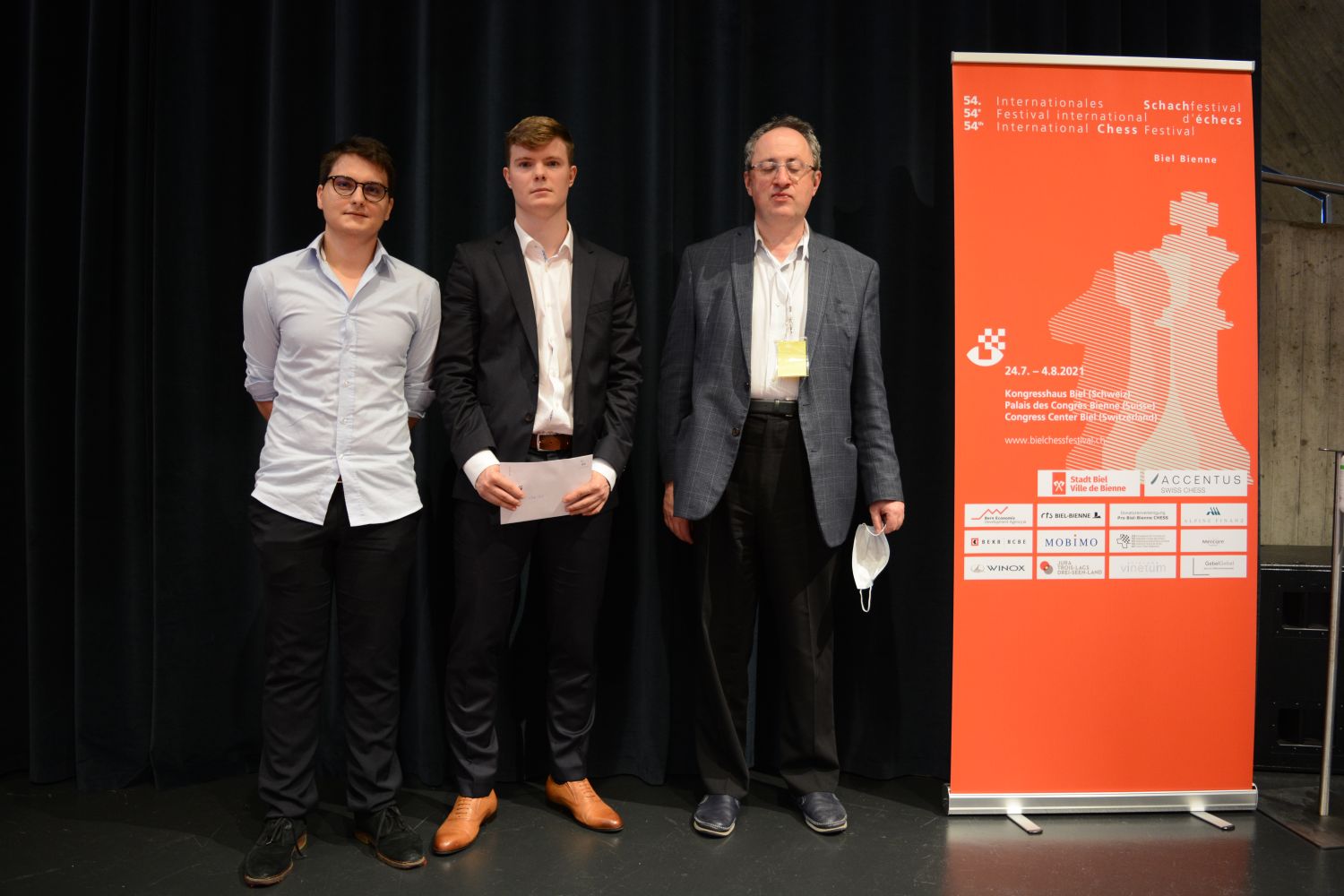 No spectators, but more online than ever

In addition to the opening of the Grandmaster tournament GMT with the seven Rapid games, the four-day final tournament of the Swiss Youth Championships will also begin in Biel tomorrow. Due to the protection concept, unfortunately no spectators are allowed in the entire building this year. Instead, the organisers have expanded their online offer: In addition to the grandmaster games, all games of the Masters Tournament and also some of the Amateur Tournament can be followed live this year. Those interested can find all the corresponding streams at: