The most convincing impression so far at the 54th Biel Chess Festival was left by Gata Kamsky, winner of the Rapid games, and Kirill Alekseenko, both still undefeated in the classical games. This remains the case after today's encounter: After more than six hours, the two agreed on a draw. The Russian Alekseenko, despite his slight advantages throughout the game and who would have taken over the top of the table with a win, did not manage to defeat Kamsky, who skilfully defended with the Alekhine defence. 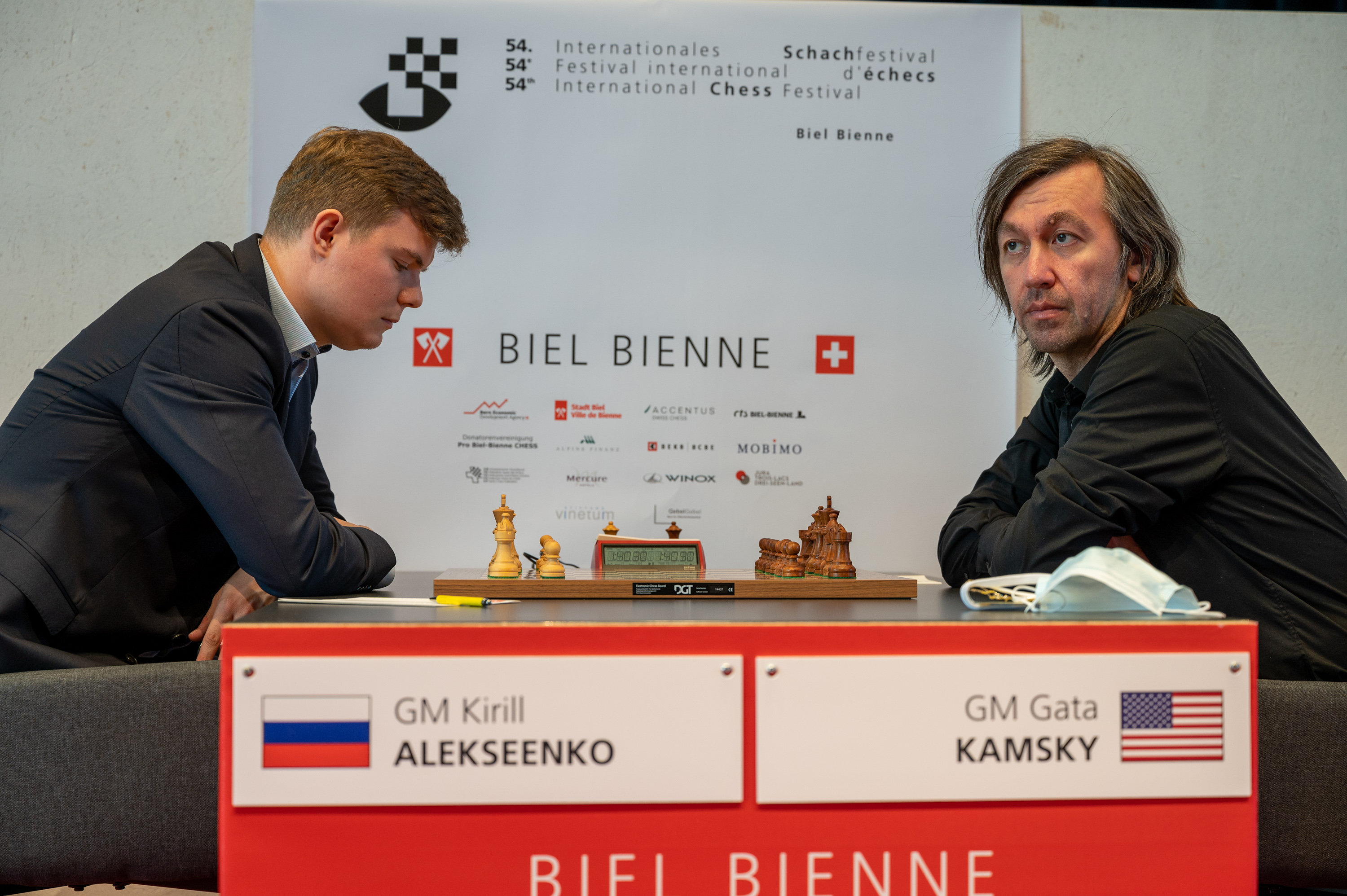 Despite the disadvantage of the black pieces, Noël Studer played a strong game against Maxime Lagarde today. After an even start, he managed to steadily build up his position against the French Champion of 2019 and ultimately also force the win. Or as GM Arturs Neikšāns in his YouTube-commentary put it: Studer played a brilliant game from start to finish. 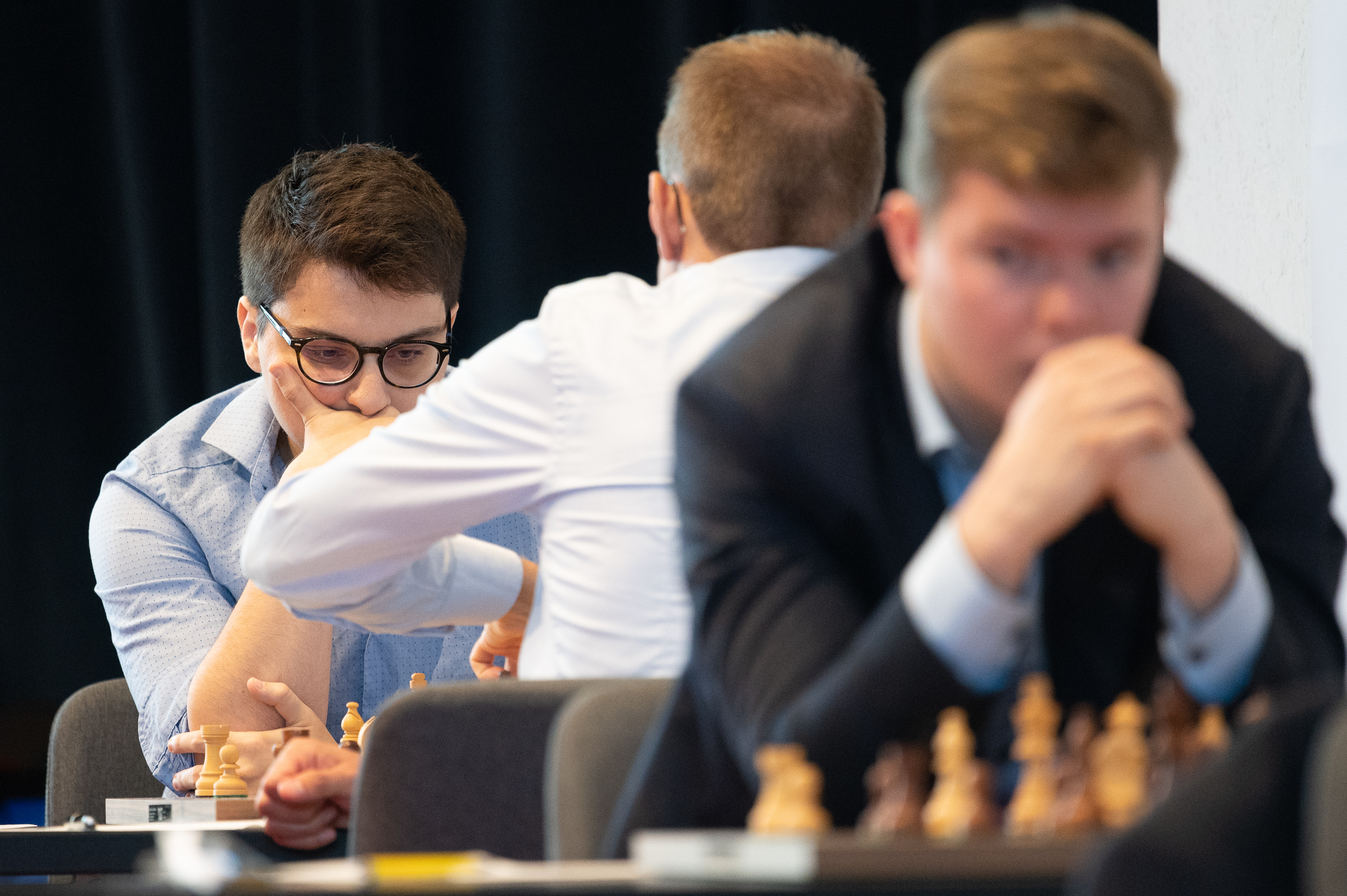 Alan Pichot and Nihal Sarin met on an equal footing today, agreeing on a draw after 42 moves. The Argentinean Master Pichot thus remains unbeaten in his third classical game, while Nihal, after his convincing performance in the Rapid games, has not yet quite managed to get into the classical cadence.

In the duel of the generations, the veteran prevailed: The former vice world champion Boris Gelfand (53), who had a moderate start to the tournament, was able to win his first classical game today against 16-year-old German Vincent Keymer.

Thanks to the victories of Gelfand and Studer, the intermediate rankings have come together. Third-placed Nihal and Studer, who despite his victory could not give up the red lantern, are separated by only 4½ points - a minimal difference thanks to the four points that can be won with a victory!

Great tension in the MTO

The highly endowed Master Tournament MTO lives up to its expectations: many close and hard-fought games lead to a totally open competition. Previous leaders Salem Saleh (UAE) and Surya Shekhar Ganguly (IND) drew in today's direct duel, so there are now five players leading the table with 3½ points each. Tomorrow's top matches will be Saleh against India's Karthikeyan Murali and Praggnanandhaa against Ganguly in an intra-India clash.

Fourth round af the ATO

In the Amateur Tournament ATO, three players remain without a loss of points after four rounds: unsurprisingly, Emirati Ahmed Salem Salem, seeded No. 1; much more surprisingly the other two: Grégoire Tissier, a Frenchman studying at the EPF Lausanne, who has not been rated so far, and the American Neeraj Harish, who today - with black! - defeated the number 2 seed Amaury Briand. Born in 2009 he is one of the youngest participants in this year’s festival!

https://discord.com/invite/EQJCUBwD
Pictures of the Biel International Chess Festival are available under the following link: https://www.flickr.com/photos/143150736@N02/albums