Today in Biel, there was a replay of the semi-final of the 2011 Candidates' Tournament: Boris Gelfand had then beaten Gata Kamsky in the tie-break blitz, before beating Grischuk in the final, and thus being able to challenge, in 2012, the reigning world champion, Viswanathan Anand. While Kamsky was unable to exact revenge today, he should not be unhappy with a draw that puts him in the total standings 3½ points ahead of the runner-up, a good position ahead of tomorrow's blitz where fourteen points will be at stake. 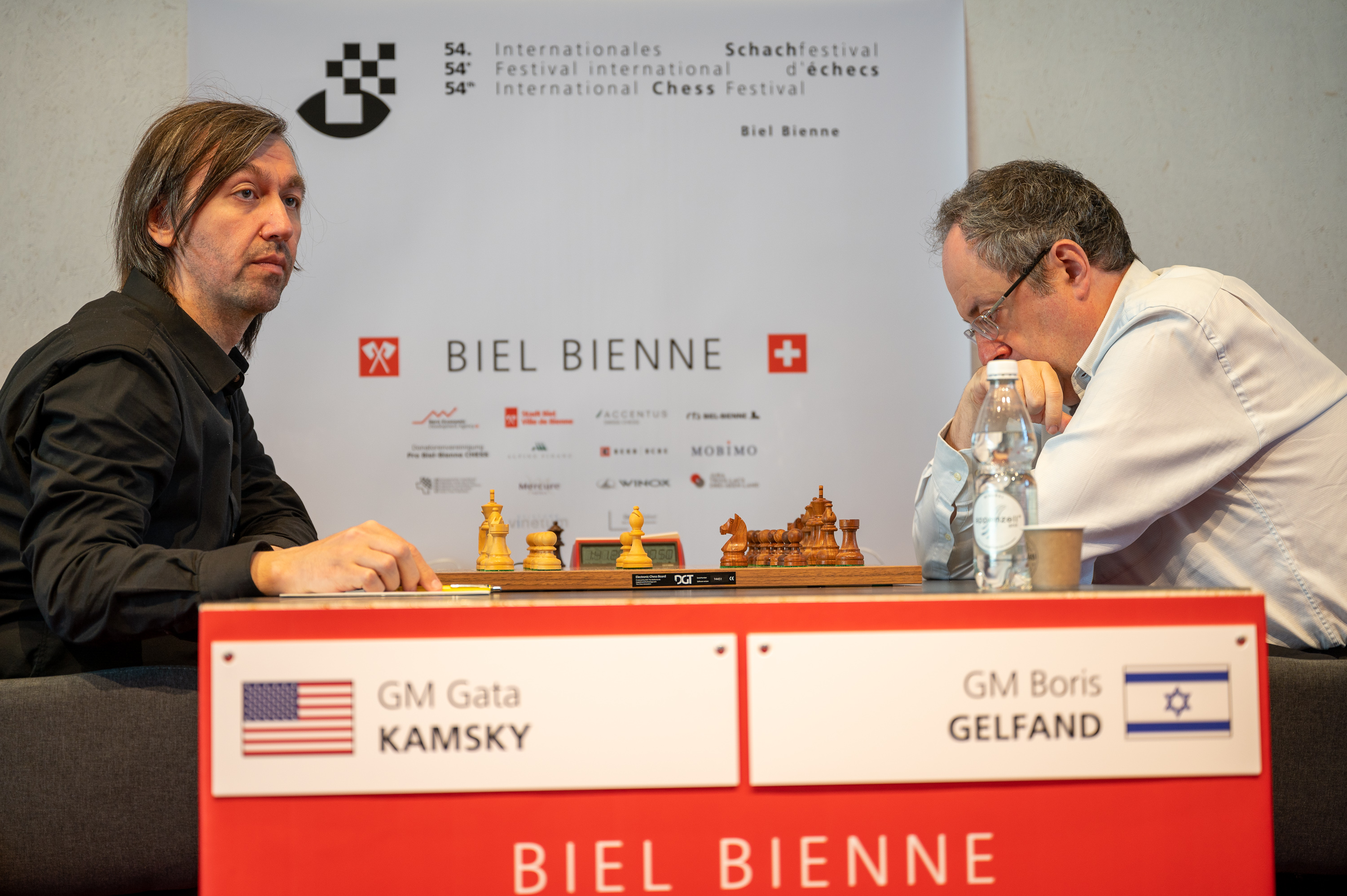 Frenchman Maxime Lagarde is the new runner-up in the intermediate table behind Kamsky. Lagarde won the direct duel with Kamsky's previous rival, Kirill Alekseenko, because the Russian, who was better at times, made decisive mistakes in time trouble.

Like Lagarde, Vincent Keymer also won his first classical game today. Against Alan Pichot he managed to steadily build up his position and then safely convert it into a win.

After his opening defeat, Nihal Sarin drew for the third time in a row today. Inspired by his victory yesterday, Noël Studer, playing with white, got into the game well, but the Indian managed to hold the draw.

After four rounds of classical chess, the balance among the participants in the Grandmaster Triathlon is evident: all players have won seven points so far, with the exception of Gata Kamsky (8½), who is still undefeated, and Nihal Sarin (4½), who, however, had to play three of his four games with black so far.

Today’s action at the open tournaments

The Master Tournament MTO today saw two top duels among the ex-aequo leaders by players rated above 2600 Elo: Karthikeyan Murali, playing with black, defeated number 1 seed Salem Saleh to take the lead in the MTO with 4½ points. Young Indian star Praggnanandhaa drew with compatriot Surya Shekhar Ganguly and both are now on four points in the intermediate standings. Also on four points after five rounds are Tamas Banusz from Hungary, Pavel Eljanov from Ukraine and Sethuraman S.P. from India. 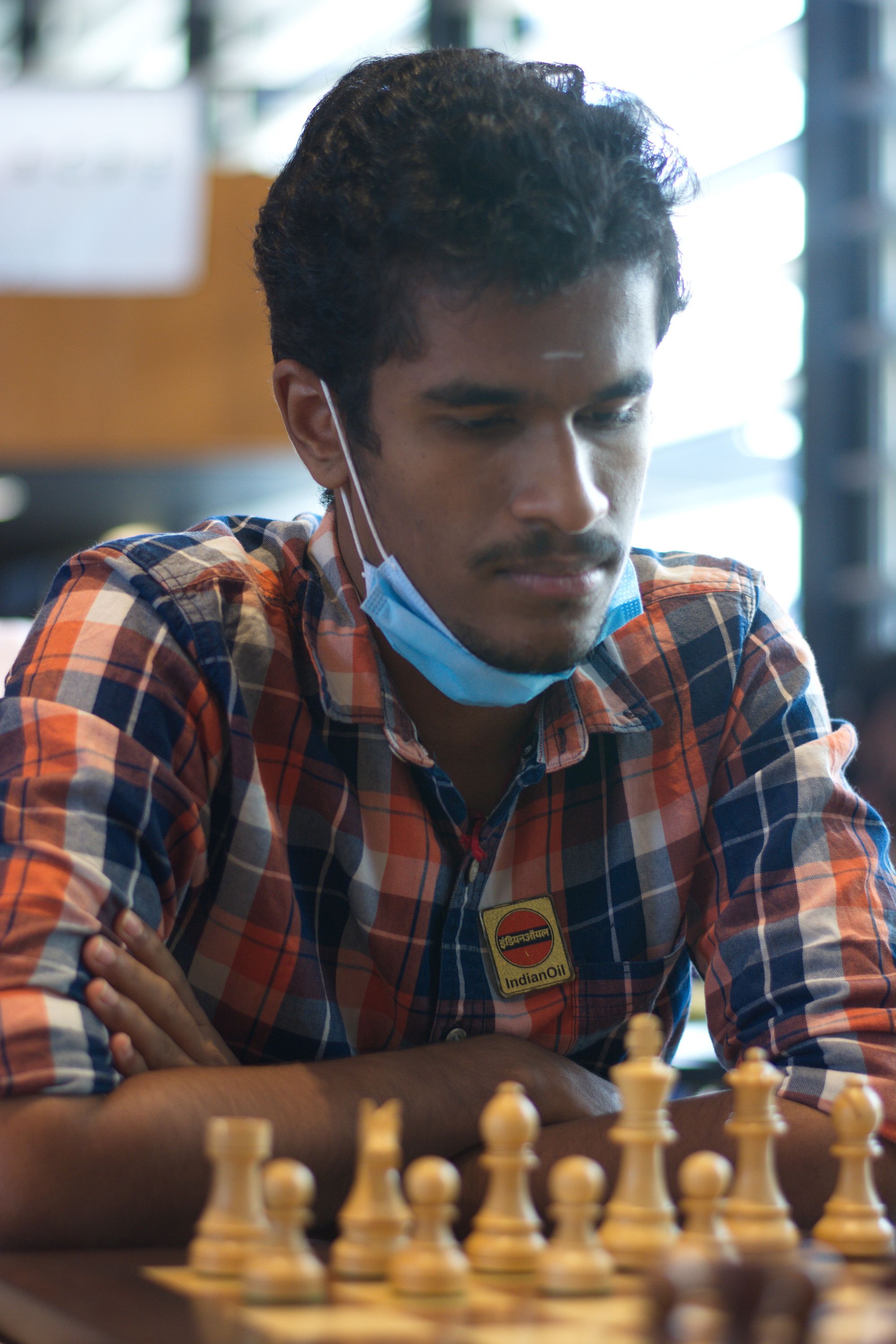 In the Amateur Tournament Ahmed Salem Salem and Grégoire Tissier, who will meet tomorrow, are still leading after five rounds without loss of any points.

Tomorrow, Saturday, the third discipline of the GMT Triathlon is on: The blitz games! In 14 games, each with 3 minutes of thinking time, plus 2 seconds bonus per move, the grandmasters will face each other twice. A win will be awarded with one point, a draw with ½ point, so a maximum of 14 points is at stake.

The participants of the MTO and ATO will have their day off tomorrow, but the chess-interested youth will get their place in the Biel Congress Centre: The open VINETUM Youth Tournament will take place in the three categories U16, U13 and U10.