In the GMT, the games Gukesh-Naiditsch, Esipenko-Salem and Kamsky-Keymer ended in three fairly peaceful draws. On the other hand, in a game with many twists and turns, Abdusattorov failed to take his chance against Lê Quang, who was merciless when his opponent took a wrong turn. The Vietnamese won with Black, which means that White has yet to win a classic game at the GMT! 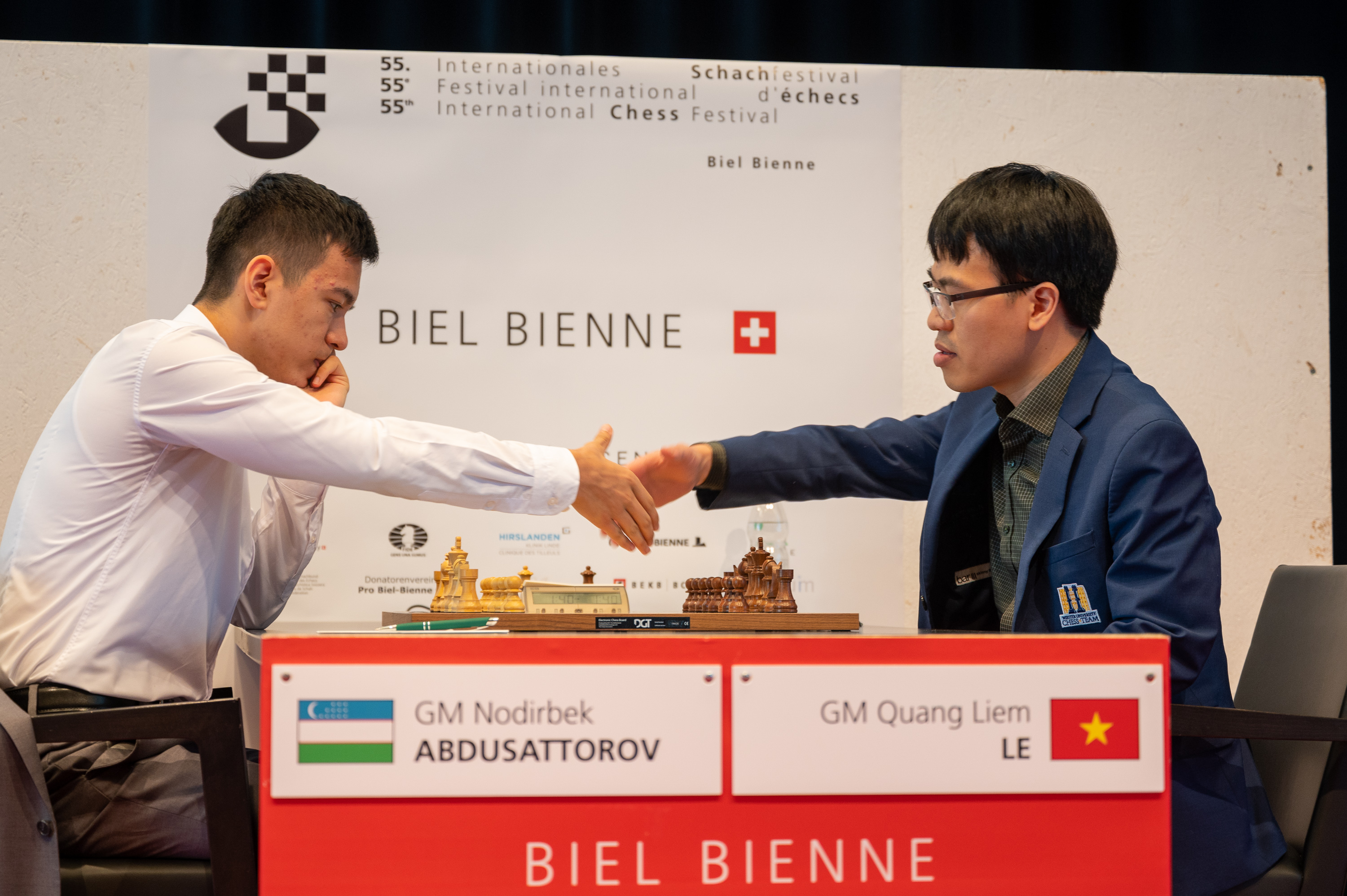 The count so far is 4 draws and 4 black wins. With his victory, Lê Quang takes the lead with 15 points, ahead of Esipenko on 13 points and Gukesh on 12.5 points. 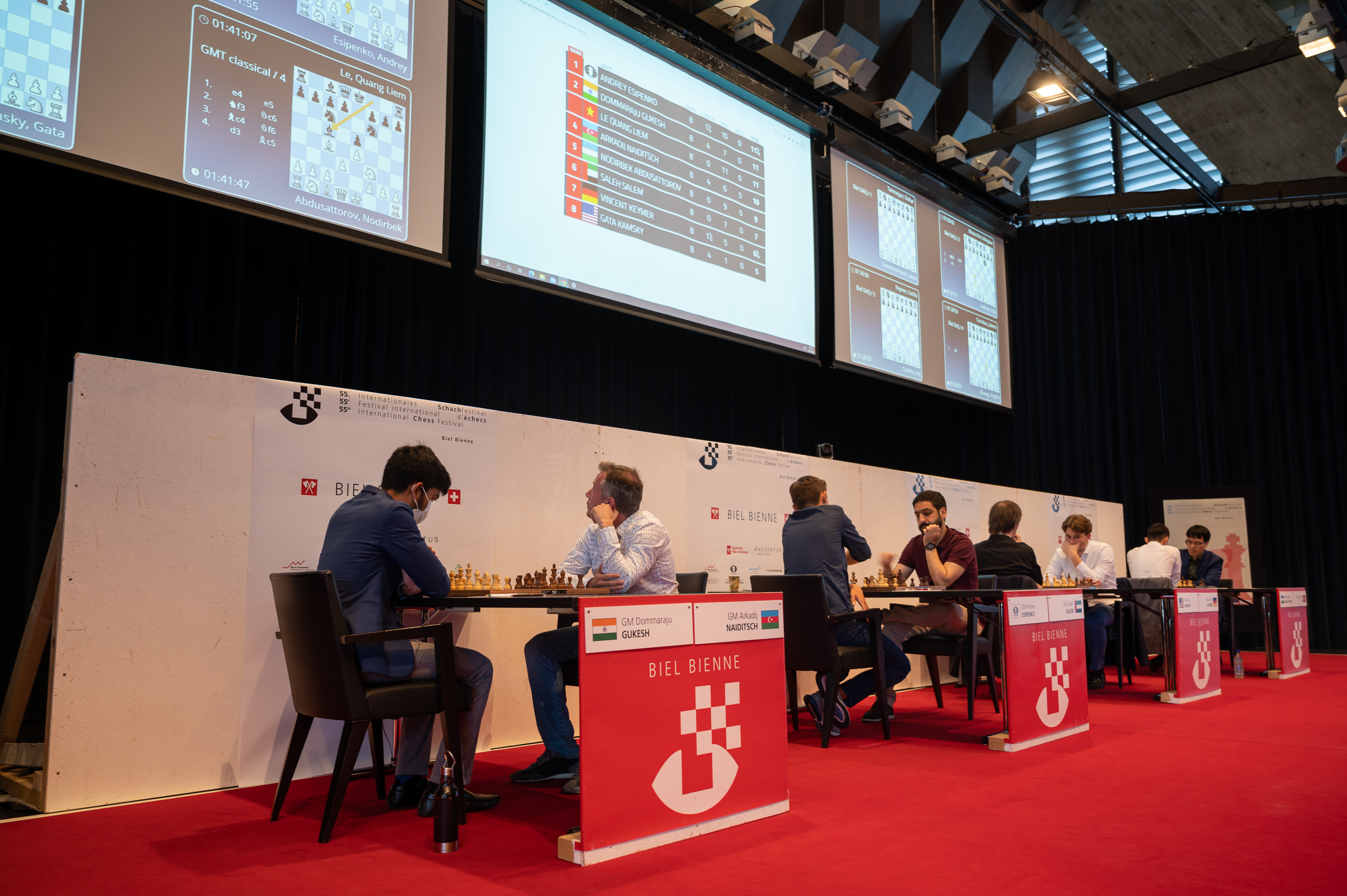 In the DAQ, leader Juliette Cornileau will be very upset of her game. In a completely winning final against her runner-up Yongzhe Zhuang, the position of the Frenchwoman broke down completely, until she lost the game. The ranking is now very close, with Cornileau still in the lead (19.5 points), followed by Zhuang (19 points) and Ciarletta (16 points). If the leader had converted her winning position, she would have had a comfortable 7.5-point lead. Now the tournament is completely back on track!

In the ATO, two notable surprises out of the thirteen tables with unbeaten players. Again there were great performances by Fabrice Aegerter (1797) and Matteo Sala (1708), who won respectively over Philippe Corbat (1902) and Nicola Schmid (1891). There are still eleven players at 3/3!

Outlook: Duel of the world's best U18 players, Keymer vs. Abdusattorov

Tomorrow Saturday is another full round of MTO, ATO, DAQ and GMT games.

At the GMT, Vincent Keymer and Nodirbek Abdusattorov, the numbers 2 and 1 of the under 18 players worldwide, will meet. Both have not been able to fully convince in their two classical games so far - Abdusattorov in particular should be anything but satisfied after two defeats with the white pieces in a row.

In the top match tomorrow, the leading Vietnamese Lê Quang will meet Dommaraju Gukesh, who so far convinced with one win and one draw each in the classical cadence.